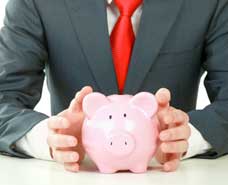 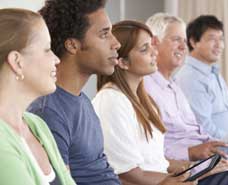 Is the World Ready for a Better Mousetrap? 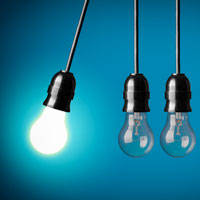 While there are some academically accepted definitions for what an innovation is and is not, the determinant of whether or not a particular solution is considered innovative is often a fairly subjective social construction. What this means is if a critical mass of people don’t see a solution as innovative, it might be disregarded and its value never be realized. Gladwell calls this critical mass of people a tipping point and makes the case that society won’t make progress on any issue until this is achieved (2002). Hero of Alexandria is rumored to have built the first steam engine more than 2000 years before the start of the industrial revolution. Alexander Bain is considered to have developed the first prototype of a fax machine in 1846. And we don’t even want to get started on the number of innovations that Nikola Tesla developed that were ahead of their time. A commonality among all these innovations is that they lacked a tipping point of people who saw their value.

One of the more interesting examples of an innovation that the world was just not ready for relates to the development of Frequency-Hopping Spread Spectrum (FHSS). FHSS is a method of transmitting radio signals while rapidly changing frequency channels. While there are a wide number of predecessors upon which this technology was built, the first patent for this technology was issued in 1942. The hopes of its inventors was that it would be used by the Allied naval forces who were having trouble with their radio controlled torpedoes being jammed by Axis powers during World War II (Rhodes, 2011). Unfortunately, this technology was not adopted by the US Navy until 1962, long after the war was over. Why would the powers that be not take advantage of such an innovative idea? To understand that, we have to look at who actually invented FHSS.

The technology for FHSS that was patented in 1942 was invented by avant-garde composer George Antheil and Austrian born Hollywood actress Hedy Lamarr. Antheil had been working on ways develop remote control instruments, and Lamarr had learned about torpedo technology while she was married to her first husband, Nazi arms manufacturer Friedrich Mandl. Mandl would hold meeting with Nazi officials at his house and openly discuss technologies in front of Lamarr. After Lamarr fled to the United States, she decided she wanted to help with war effort and sought help of her neighbor Antheil. Together they worked out the specifications and offered the technology to the US Navy. The problem, however, was that no one in a position of authority was willing to take the proposal of a California musician and someone who was then considered one of the most beautiful women in the world (Rhodes, 2011). As such, the technology was not adopted and Allied torpedoes kept getting jammed.

So was this technology not innovative? In fact, by any definition, it was extremely innovative. It was so innovative that it became the basis for lots subsequent technologies including Bluetooth and the code division multiple access (CDMA), that was the primary cell phone technology until the Global System for Mobile Communications (GSM) became more prominent. In 1942, however, there was not a tipping point of people in authority willing to see the value in this innovation. Over time, the value was recognized and the applications were expanded. And many things that we take for granted like Wi-Fi and cell phones are built upon that basic principle. So if an innovation doesn’t get people’s attention right away it doesn’t mean we should discount it. It means we should keep looking for ways to make people see the value. Doing so just might change the world.